We have started a project on the Ancient Egyptians, an ancient civilisation that began about 5,000 years ago. We've been doing lots of research and creating fact files. 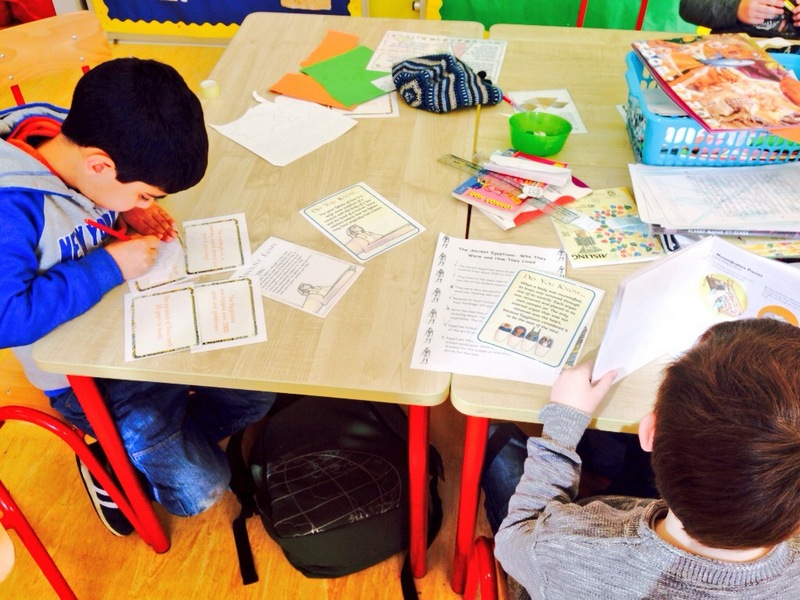 We also painted these portraits of Tutankhamun. Aren't they gorgeous? Can you spot Wally hiding amongst them?!
Tutankhamun became Pharaoh when he was only nine years old and was in charge of all of Egypt! Many treasures were found in 'King Tut's' tomb. We read about the 'Curse of the Mummy,' which was said to have started after Tutankhamun's tomb was opened by Howard Carter.
We gathered facts about Tutankhamun and used some of them to make this video. Have a look!
We have been doing research about Egypt every day at Activity Centres, as well as during our History lessons.
We learned that the pyramids were tombs built for the pharaohs. The size of the tomb was to show the importance of the person who was buried there. The Egyptians believed that if a person was mummified they would live forever so they built these tombs to keep their bodies and their belongings safe in the afterlife.

Our project work inspired these oil pastel landscapes. We talked about perspective- how to make things look near or far away- and about how to use complementary colours to create a contrast between land and sky.
We also made our own pyramids using nets! Have a look! 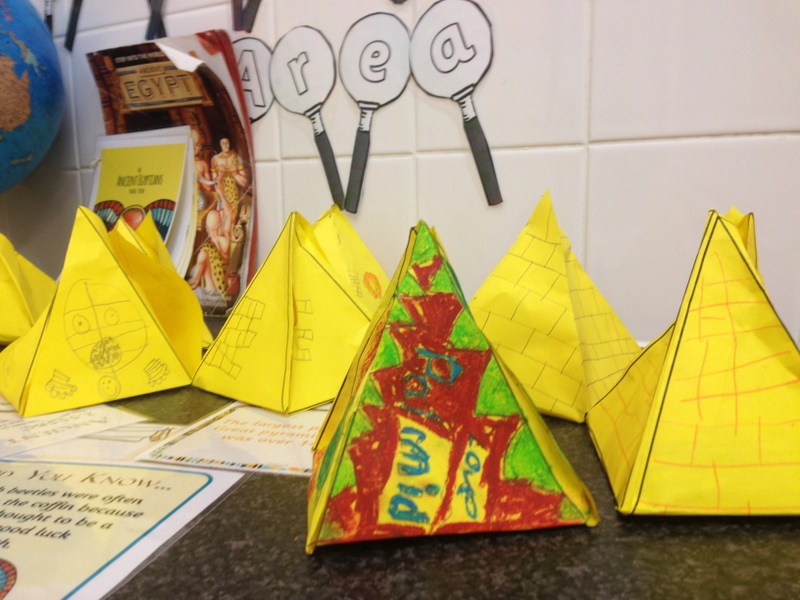 We mummified an apple! We need to remove all of the moisture from the apple so that they will shrivel up like a mummy. We cut the apple into four slices. We put one slice in flour, the next in salt and the third in sugar. We left one slice uncovered as our control.  The control in a science experiment is used to prove that one thing causes another. In this experiment, the control should allow us to prove that the materials we are testing have an effect on the apple. 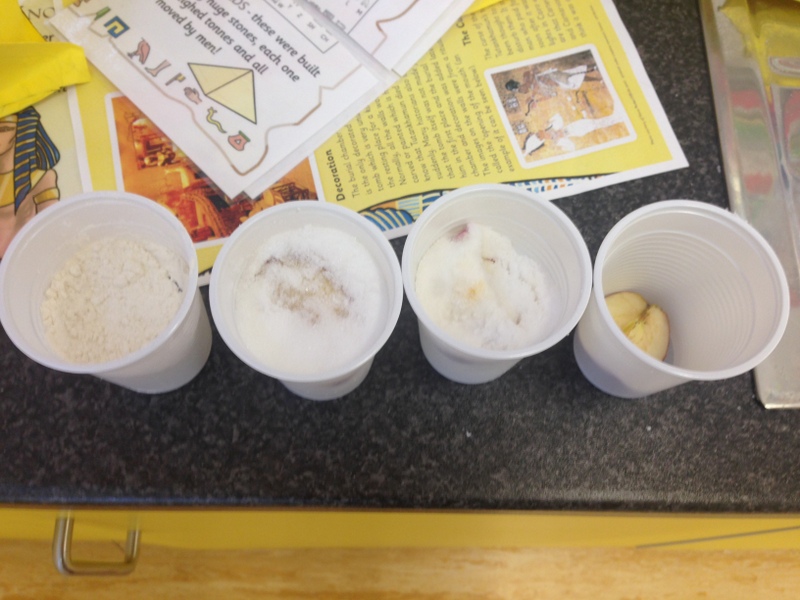 We predicted which material would be best for drying out or dehydrating the apple. Our predictions were right. The majority of the class thought that the salt would be the best. It was. The apple in the salt became wrinkly and dry more quickly than the others.
Weaving was a highly valued skill in ancient Egypt. They used a loom that looked something like this: 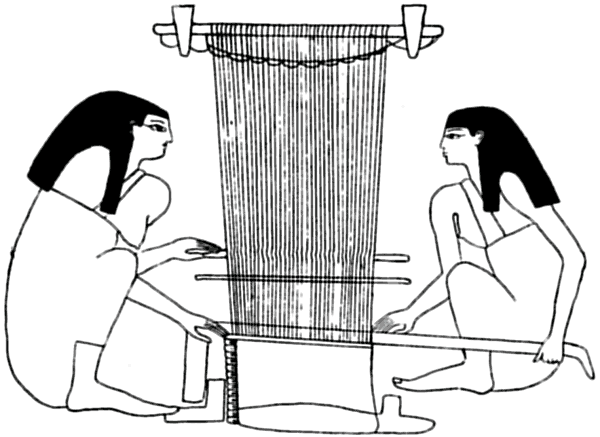 We used a piece of card...and look what we were able to make!!
We learned about ancient Egyptian inventions. These included medicine, writing and maths as well as toothpaste, bowling and board games. Some of their methods were quite strange. For example, if you had a sore throat, the ancient Egyptians thought that you should eat a whole cooked mouse to make it better!! 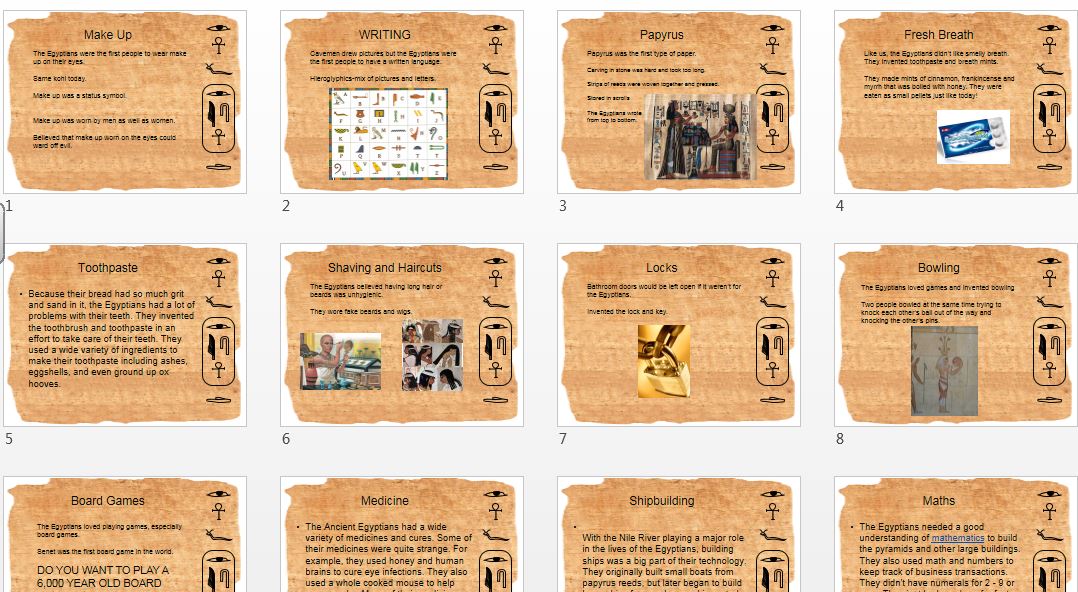 In groups, we were asked to write down nine of these inventions that we could remember. Then we used diamond ranking to order them in order of importance. The invention we thought was most important was placed at the top of the diamond. The invention we thought was least important we placed at the bottom.
This led to some very interesting discussions in our groups. Most of the green group had agreed that medicine was the most important invention, but Sebastian made a very interesting point. He said that Maths was just as important, if not more important. After all, he said, you need to understand Maths to be able to make medicine!!

Though lots of us decided that board games weren't that 'important,' that doesn't mean that they're not lots of fun!! We learned to play the ancient Egyptian board game of Senet! We let the game inspire the creation of our very own board games!
We learned about the importance of the river Nile. There was no such thing as money in Ancient Egypt so people would trade by swapping things like pottery, food, jewellery and art. Boats were used to travel up and down the Nile in order to trade throughout the country. 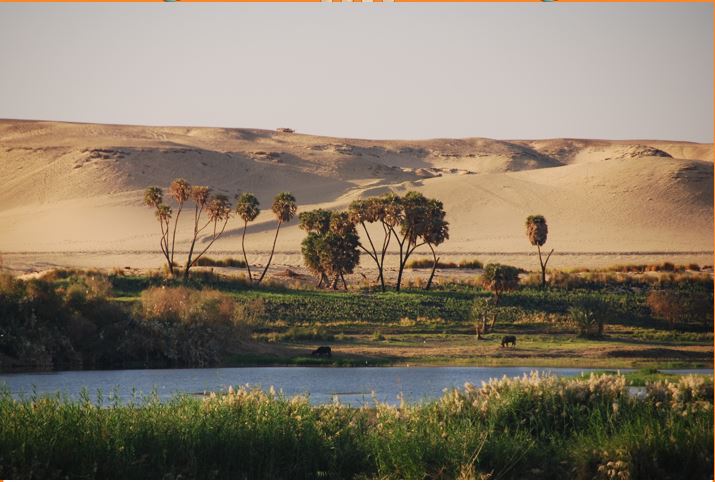 Mud from around the Nile was used for building and the papyrus reeds were used to make papyrus, the paper of the time. The river was also used for fishing. The river would flood every year and fertilise the soil. This gave the crops enough nutrients to grow. We are growing our own crops!!! Our sunflowers are doing so well that we decided to grow some kale, beetroot and oriental leaf radish. 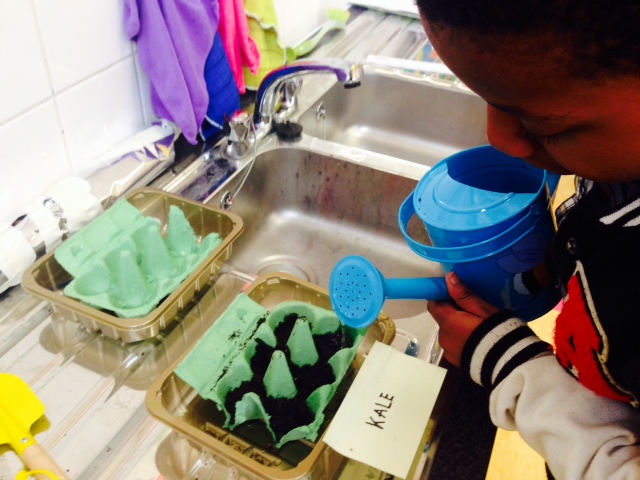 Plants need light, warmth, water, space and nutrients to grow. We will make sure that our 'crops' have all of these.

We have learned lots about Ancient Egypt. Look!!
Powered by