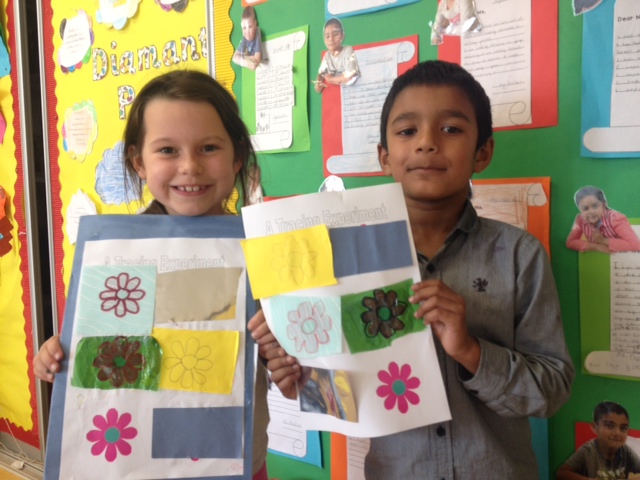 We also examined sources of light. Some sources of light include light bulbs, burning candles and fire. We learned that the moon is not a direct source of light because it does not make its own light. Instead, it reflects the light created by the sun.
The sun is a very important source of light. It gives us light and life. Without it, there would be no life on Earth at all! The sun is very bright, however, and we must be careful to protect our eyes from it. Sunglasses can help. We made our own using card and cellophane!!
We had to make sure that when we were wearing them, we could look at the light without squinting and that they would stay on! Importantly, they also had to look good. Look how they turned out!
We made thaumatropes. We drew two pictures and stuck them back to back with a piece of string in between the two sheets of paper. Some of us drew a bird on one side and an empty cage on the other. Others drew a fish on one side and an empty fishbowl on the other. When we twist the string, it looks like there is only one picture! The bird looks like it’s in the cage. The fish looks like it’s in the bowl! Have a look for yourselves!
This is because our brain holds on to each picture for a fraction of a second and the the pictures move so fast that we see both at the same time!

Why not try another one at home? Maybe you could try flowers and an empty vase this time or a sailboat and the ocean! Here are some ideas that some children in secondary school came up with. You can use their ideas to inspire you!

We learned that you can make a shadow by blocking the light. The size of the shadow depends on how close the source of light is. We experimented with shadows by making these lovely shadow puppets. 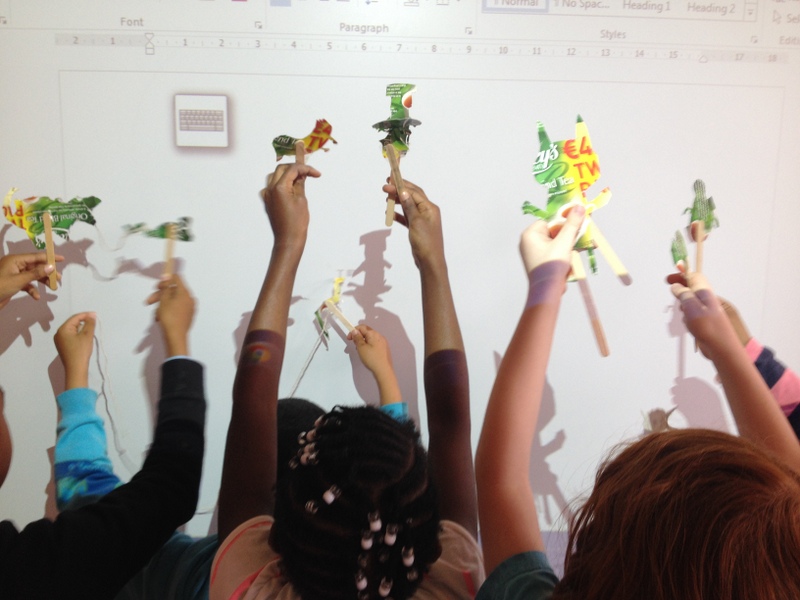 We made kaleidoscopes.
We folded a piece of shiny, reflective card into a triangular prism shape. We stuck this inside a cone. We then filled a plastic pocket full of little beads before sealing it so that they could not fall out. We stuck this to the large end of the cone.
Finally, we made a peephole by sticking a pencil through a circular piece of card and then sticking this on the other end of the cone. When we look through the peephole, we can see the patterns that the beads create reflected on the shiny card.
Powered by